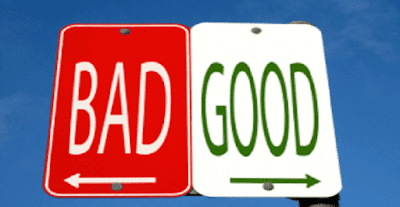 In the previous post, I talked about how our brains create categories for concepts (including people). The more examples each of these categories have, the more comfortable we are around people who look, talk, or behave differently. This is a crucial first step in preventing unintended racism in children.

Racism comes out of how we describe and understand people we have placed in a group different from our own. The problem is we see differences and use those differences to separate. There is no reason why we can’t teach children to see differences, to learn about differences, to honor differences, and to welcome differences into the group in which they see themselves. In other words, we should watch to be sure our children are not creating an “in” group and an “out” group. We want our children to find ways to include more people in their group.
The essential step is to teach children how to welcome others into their circle of friends is not to teach them to ignore differences. But to teach them how to find commonalities amidst the differences.
First, we recognize and teach that we are all sinners standing in need of a Savior. Second, we accept and teach that we are all made righteous through our Savior’s death and resurrection. As Christians, we do not divide into the “in” group (saints) and the “out” group (sinners.) We are simultaneously members of both groups.

I believe in/out-group formation happens in the light of two equally damaging situations:

I. Law without Grace

As a longtime teacher in Lutheran schools, I can attest that creating an in/out-group does not have skin color or ethnicity as a prerequisite. A room full of children who all look the same will find reasons for some people to be relegated to the “out” group. I saw children so designated because they were not wearing the right color shirt or sat in the wrong chair. The difference in this kind of “out” is that shirt color, or seats can be changed, whereas skin color and culture do not change. This latter kind of “out” groups are exquisitely damaging because they exert power and leave children feeling helpless to improve the situation.

Jane Elliott showed this in her Blue Eyes Brown Eyes Exercise, where she convinced children with one eye color that their group was better than other children. The results were quick and quite disturbing. No one had to teach these children to hate. This was accomplished by using law without grace. She taught them unfair rules, modeled in/out behavior, and neglected to teach them how to love.

I have seen elite “in” groups form in classrooms where following rules and completing perfect schoolwork are the most important things. This creates a group of successful children who feel it is justified to look down on someone less successful. They begin to believe that they are good enough and smart enough to save themselves. They begin to fear their failures and instead direct that fear to those in the “out” group.

Likewise, children who are rarely expected to face their sin or to atone for their actions will also create their own little happy “in” group. They do not see their sin and consequently are more aware of the sins of those around them. The people in the “in” group behave according to seeming unwritten rules, who like the same things, who dress in the same way, etc. These people must be good, and others must be bad. If you think your child has never believed they have no sin, stop into any early childhood classroom and ask for sinners to raise their hands. Then watch the children point to each other. All of those children have been disciplined, but their memory is fleeting, so they feel safer denying their sin.

Grace and Law Together

When we use grace and law together, we raise children who do not deny their sin, nor wallow helplessly in shame. We teach children to be accountable for their actions, to repent of their wrongs sincerely, and to care for others by working to atone for their sin. We show them it is safe to admit to mistakes because our mistakes will not put us permanently into the “sinner” group. Children who learn to understand their sin, apologize, and ask for forgiveness will also accept forgiveness. More importantly, they will be able to forgive themselves.

If I can’t forgive myself, then I will do anything to escape my sin. If I create a cozy “in” group that can follow a random set of rules, then I can fool myself into thinking I am good, and the sin I see belongs to others. The sin belongs to the “out” group. Once this happens, I have even more justification for staying away from this group.

The second blessing of learning repentance and forgiveness is that your child will also learn mercy and empathy. A child with empathy can imagine themselves in a fellow sinner’s shoes and is more likely to apply mercy and forgive. When children empathize with each other, when they understand that we are all saint and sinner, in need of and blessed by forgiveness, the “in” group fades away into a blessed family of God.

Martin Luther King, Jr. talked about the importance of an attitude of forgiveness. David Brooks explains it in this way: “Real forgiveness is rigorous. It balances accountability with mercy and compassion. The person with a forgiving attitude expects sin, empathizes with sin, and is slow to think him – or herself superior to the one who has done the sinning.” (Martin Luther King, Jr. Sermon circa 1948) (David Brooks, The Second Mountain ©2019)

Accountability without forgiveness and forgiveness without accountability; both teach children to be cruel. Their cruelty comes from trying to make sense of a world that does not balance law with grace.

When we help our children to understand the reality of sin and the joy of God’s mercy and grace, we are making the in/out-group phenomenon much less likely. We are also actively, and with the help of the Spirit, teaching our children to avoid racism. 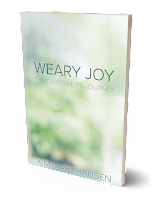