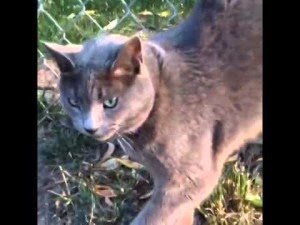 I just love watching this cat clip. If it makes you laugh it is because we tend to laugh at things that are unexpected. The cat opens its mouth and we expect a “meow” but we hear a “honk” instead.

In the Bible story about Joseph and his brothers, (Genesis 37-45) we hear Joseph say something we do not expect. Joseph’s brothers sold him into slavery and then lied to their father. Joseph ended up in prison before God’s plan for him played out. Joseph was the number two ruler in Egypt when his brothers came to him for food for their starving families.

But the words that came out of Joseph’s mouth were words of mercy.

So Joseph said to his brothers, “Come near to me, please.” And they came near. And he said, “I am your brother, Joseph, whom you sold into Egypt. And now do not be distressed or angry with yourselves because you sold me here, for God sent me before you to preserve life. (Genesis 45: 4-5, ESV)

Because Joseph had forgiveness from God, he was able to forgive his brothers for the terrible things they did to him.

You are also forgiven by God and God can help you to say the unexpected. The next time a brother or sister, or a classmate, does something mean, let the words that  come out of your mouth show mercy. Let them be unexpected. Let your words be kind and forgiving.

God will help you.

The reaction you get just might be unexpected, too.
Posted by Kim Marxhausen at 1:07 PM